During one of our grocery runs at the Savemore inside Acacia Estates, Michelle noticed a sign to some restaurant leading to a side street. So we decided to check it out. The restaurant turned out to be Chef Tatung, a restaurant who made its name by utilizing native ingredients and recipes in novel creations. We weren’t feeling very adventurous and just ordered liempo and chicken. Not too many ways to cook those. But they’re good, especially the liempo. We did try the pichi-pichi with queso de bola. Now that was a novel and awesome take on the traditional pichi-pichi! Definitely coming back to try the other items on the menu. 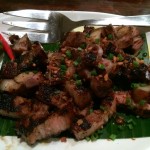 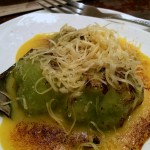 Along the traffic-congested Pasong Tamo aka Chino Roces in Makati, near Makati Square and Mile Long Arcade is a place called Little Tokyo. It hosts some of the best Japanese restaurants in the city. No, that’s not based on my not-so-discerning taste buds but rather from the buzz as well as observation: you see more than the usual Japanese diners. With quite a few restaurants, every visit is an adventure. Pricey but, if you like Japanese food, worth it. Today, Jeanne, Michelle tried one of the restaurants that was still open (most close after lunch and then reopen again for dinner). I had zaru soba and Kirin beer while Michelle had mixed sashimi and Jeanne had tuna teppanyaki. Yummy! Till next time, Little Tokyo! 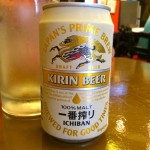 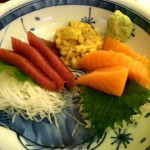 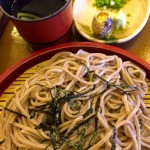 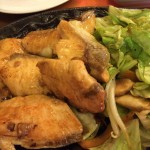 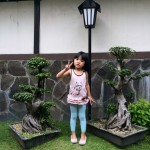 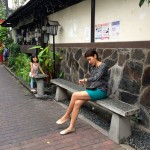 Jeanne likes the crunchy skin of lechon (roasted pig). Who doesn’t, right? But it’s rather impractical to roast your own pig so I decided on a more manageable piece of the pig and made oven-roasted pork (lechon sa hurno).

Sprinkle salt and pepper all over the pork.

Wrap the pork tightly in aluminum foil except for the skin. Poke holes at the bottom for the oil to drain out.

Line a pan with aluminum foil and put pork on it

Increase heat to around 240°C and roast for another 20-30 minutes or until skin is crispy.

I have a rather simple definition of fine dining. The food doesn’t have to be expensive (that would be expensive dining) nor the servings big (that would be overeating) . But it definitely has to be good (not just fine) in terms of taste and presentation. It’s about the experience. And it has to have cloth napkins.

Mariano’s, tucked away in a quiet residential village in Iligan City, meets my definition. The family headed there tonight for dinner. The place definitely has good ambiance. Clean and well-designed. The indoor tables are air conditioned and cozy. The outdoors tables are bigger and give the al fresco experience further accentuated by the Chinese bamboo plants lined along the wall.

We sampled a variety of dishes: shrimps in squid ink pasta, barbecued pork ribs, crispy braised chicken, herbed lemon pork loin, and aromatic fish. The food not only taste good but look good, too. Pardon the photography, I’m blaming the poor lighting :P But really, they do look good. The desserts were also good. We tried the New York cheesecake, and the truffle cake, and the panna cotta.

Pricing is a relatively high for the area but quite reasonable considering the food, service, and ambiance is comparable to better known restaurants. Unfortunately, they don’t accept credit cards so you have to bring cash. 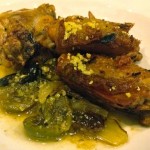 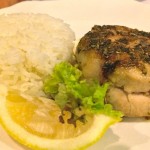 Yesterday, we went to Tagaytay for Breakfast. At Antonio’s. For a change, we went up early. You know, when the air is still chilly and there’s still a bit of fog. We went straight to Breakfast at Antonio’s.

Well actually, straight is not accurate. I got caught up enjoying driving a bit too much and somehow ended up to the end of SLEX. So I had to backtrack via the back roads and ended up at the far end of Nuvali. Thankfully, the guard allowed us to pass through after some good-natured chit-chat ;)

So anyway, we did finally get to Tagaytay and Breakfast. It was already crowded when we got there. But we we’re able to park and get seated reasonably easily. Ordering and getting the food served took a bit longer. But not too long either.

I ordered Beef Roesti. Per Wikipedia: Roesti or Rösti is made with coarsely grated potato, either cooked or raw. Depending on the frying technique, butter or another fat may be added (and usually salt and pepper). If not, oil is used for the frying. In this case, it is fried to crunchiness and topped with roast beef, poached eggs, and cheese. 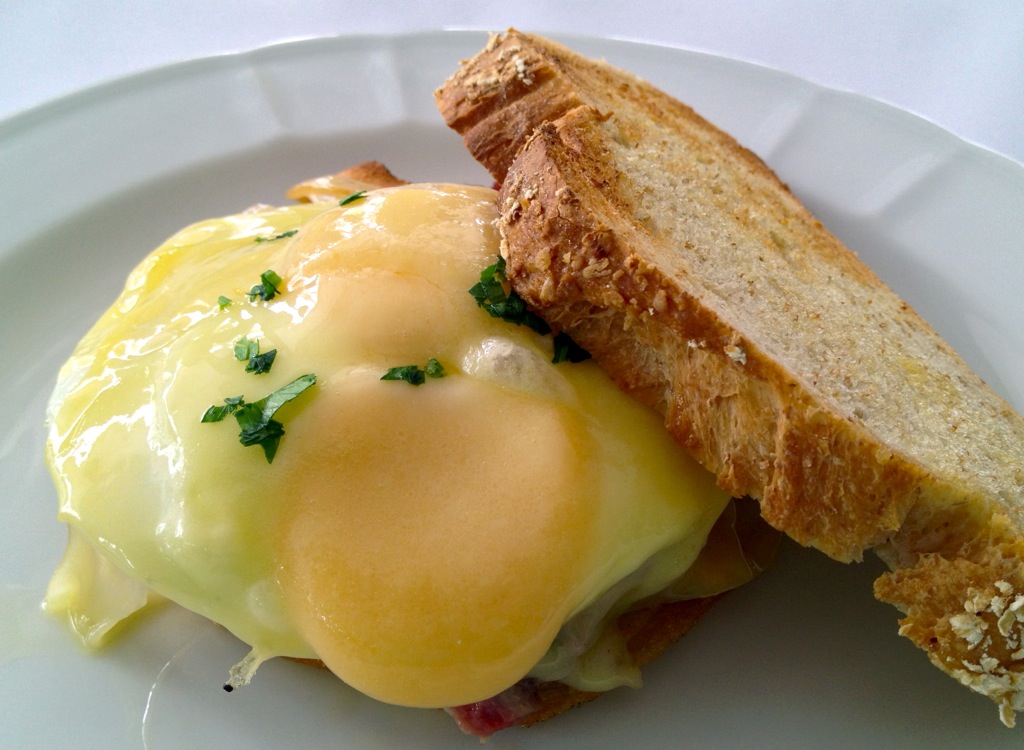 Both our sevings were large, tasted great and were a wonderful departure from the usual simple breakfasts like something-silog or something sandwich. They’re a bit harder to prepare which should be part of the reason they’re expensive. The other reason is, I expect, the general expensiveness of everything in Tagaytay.

Service is generally good and the staff is quite attentive. But there are occasional lapses such as when it took a long time to get an extra slice of bread. One slice. We followed it up and the waitress said it’s been punched in. And yet it wasn’t on our initial bill. So we actually had to ask them to re-check and recompute. And there there’s the missing staff at their shop.

Good place for when you feel like a special breakfast (and willing to pay the price). But can certainly still be improved.