Jeanne wasn’t eating her breakfast. As usual.
Michelle: Do you know that Lola won’t let us go to school if we don’t eat?
Jeanne: Why?
Me: Because you will be unduly disadvantaged in school activities by your lack of sustenance and thus bring dishonor to the family name.
Jeanne: Drama!
Michelle and me: LOL

This morning while preparing for work, I was looking for my watch but couldn’t find them. I suspected that Jeanne squirreled them somewhere. But she was still sleeping so I asked Lola Becky to ask Jeanne when she wakes up. And true enough she had them. Lola Becky asked her if she played with the watches and told her I was looking for them. She immediately went inside the room and got the paper bag containing the watches. So cute. Her memory is really good :)

Had a busy day with Jeanne. Very early in the morning, we drove Michelle to her office to catch the bus for their company team building activity. Back home, I cooked bacon and eggs. Yum! After breakfast and a quick shower, it was off to Hyundai for periodic maintenance service. Jeanne and I watched Iron Man while waiting. As soon was it was done, we took off to Gymboree for play and class. After class, we had lunch at Friday’s and shopped at High Street for a birthday gift for Tomas. Once we got a gift, it was off again to Tomas’s birthday party in Quezon City. After the party, I was thinking of dropping by a mall but we we’re already tired so I decided not to continue. As it was, Jeanne was so tired and wanted to be carried home. But I had my hands were full and couldn’t. She threw a tantrum but we managed. Whew! 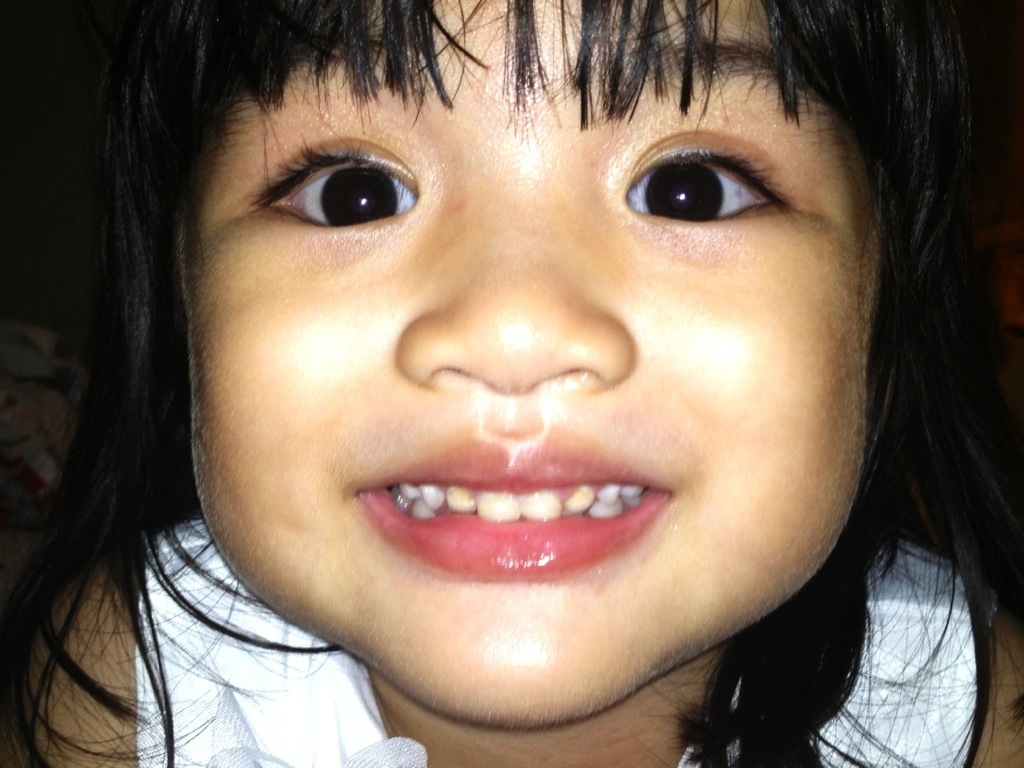 Jeanne and I dropped by the dentist after class. I actually was just planning on a quick cleaning for both of us. But the dentist was very persuasive in patching up Jeanne’s front teeth, which were decayed from feeding while sleeping. So I relented. The results were great!

Yesterday, I had dinner with Paul and Ann. When I got home, I told Jeanne and Michelle about what transpired during dinner. Jeanne asked who I was with and I said Uncle Paul and Auntie Ann. Michelle added, like Auntie Anne’s pretzels. Jeanne exclaimed: Like the one I had when you had a haircut? I was puzzled at first but then I realized what she meant.

A month or two ago and about a haircut or two before, I had visited the barber shop. I was with Jeanne. And to keep her busy while I was getting my haircut, I gave her, you guessed it, an Auntie Anne’s pretzel and lemonade. And she remembered. I pride myself with my good memory (though many would beg to differ :P) and it seems Jeanne has it, too.

That’s good because memory is a driver of intelligence. I guess it’s that neural network in your head setting up a huge lookup table of previous facts and experiences the pathways through which lead to optimal or at least somewhat good decisions and thus a measure of intelligence. Just not sure what happened to mine :P