The Apple event is over. As expected, there were the Mac and Mavericks announcements. But there was no new Apple TV. And the iPad announcement was a bit of a mixed bag. Between the iPad Air and the iPad 4, the changes are the form factor (smaller and lighter) and the A7 processor. Between the iPad mini Retina and the iPad mini, the changes are the Retina display and the A7 processor. Which is not to say they weren’t impressive technical feats. On the contrary. Slimming down the iPad and significantly improving processing power while retaining the top-notch battery life was pretty good. Fitting into the iPad mini a Retina display and significantly improving processing power while retaining the form-factor and top-notch battery life was even better. However they do come at increased prices. It appears Apple doesn’t want to squeeze its margins. That, along with a supply squeeze, may also be the reason why they decided not to throw in Touch ID. Now that was disappointing. 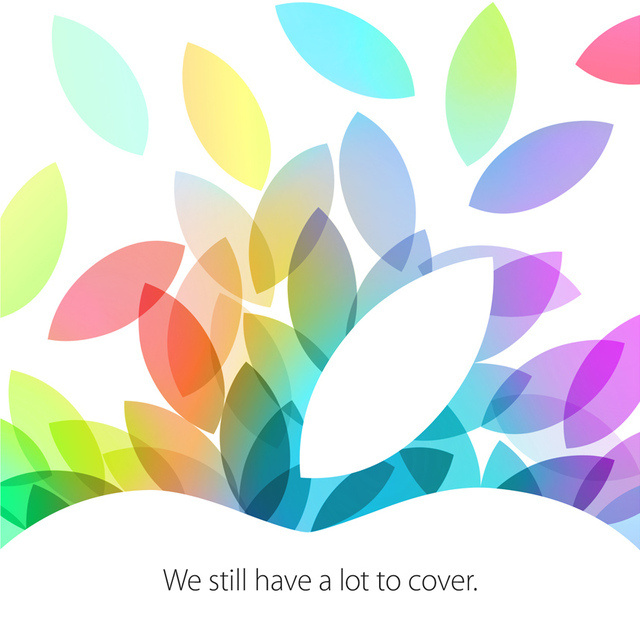 Tomorrow is Apple’s much anticipated October 22 event. They said they still have a lot to cover. So what am I expecting tomorrow?

First, new MacBook Pros will be unveiled along with OS X Mavericks. It’s probably just going to be a Haswell update. Then probably an availability date for the previously-announced Mac Pro. Nothing much to see here. So let’s move on.

Second, new new iPad and iPad mini will be unveiled. We’re looking at unifying the look-and-feel of the tablets, not just in the casing but also in the Retina display. Some are saying since leaked new iPad mini casings are thinner it means there won’t be a Retina display. To support this theory, they go back to when the iPad Retina display was launched which needed a thicker casing. But technology has moved on and I think there should be no need to having a thicker casing this time around. I’m also hoping for Touch ID in both devices.

Finally, some are saying there could be a huge Apple TV announcement. And I think that’s quite possible.

A while back, I told telling my friend Leslie about how Sony flubbed its chance at a whole entertainment ecosystem. It had Smart TVs, Smartphones, tablets, the PlayStation system, and of course music and movies from Sony Music and Sony Pictures. But they don’t co-exist or even work together that well. Maybe they can still catch up. The latest crop of Xperia phones and the launch of the PS Vita and the PS Vita TV are steps in the right direction.

But Apple potentially can do what Sony wasn’t able to do. They have the best-selling (and best IMO) smartphones, best-selling tablets, and a closed and well-protected iTunes content source. What’s still lacking is in the living room. Yes, the Apple TV has done something but it could do a lot more. Currently, it can consume music and movies from iTunes. If it can consume apps and games, it can potentially be a lightweight home computer and game console (and iOS 7 supports game controllers!).

That’s a lot to cover. Is that what we’re going to see tomorrow? Just a day to go to find out!

The 128GB iPad is now available on the Apple Store. And don’t you say “ 64GB ought to be enough for anybody.” In any case, that’s not what I want to talk about.

Much has been said about the 128GB iPad but what’s interesting is Apple’s pricing. Every additional $100 get you twice as much memory as the previous model.

This pricing applies not just to iPads but also iPhone and iPods. Some would say you pay more for less with Apple products. But if we just look at the pricing between the models, you pay less for more. Is that good pricing strategy? Yes, it is! 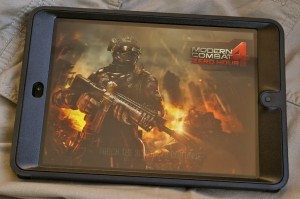 I wanted to let Jeanne start using her new iPad mini already. But not without a case. I like OtterBox products (and their clones) so I looked around but I found only the Apple Smart Cover (expensive and not very protective) and some generic cases with built-in covers (not very protective nor flexible). So, for a change, I ended getting a genuine Otterbox case.

The Otterbox Defender for the iPad mini is a high-risk heavy-duty case. The case is composed of three major pieces: a silicone outer jacket, a 2-piece poly-carbonate inner shell, and a cover/stand. The poly-carbonate inner shell locks together and sandwiches the iPad mini. It includes a built-in screen protector. The silicon jacket then wraps around the inner shell and covers the back and the sides. The material is a stiff type of silicone rubber that OtterBox uses in its new casings.

The buttons have push-through covers that are made of the same stiff material. They are definitely stiffer but still reasonable to press. The microphone port, Lightning port, and silent switch are also covered by stiff flaps but are easily opened with a fingernail. The flaps are generously sized and the ports should be easily accessible to most accessories. There are deep-set cutouts for the front and back cameras.

The whole case fits the iPad mini snugly and makes it look very rugged and like it could bounce off the floor. Perfect for a tablet meant to be carried around and used by Jeanne.

As expected Apple announced the iPad mini. They also announced the new iPad Gen 4 earlier than expected. This is primarily due to the rapid advance of the competition. Going forward, we can expect such shorter cycles not just from Apple but from its competitors.

But back to the mini. Mini it is. It’s, at first glance, the iPad 2 cut down to size. It’s smaller, thinner, and lighter. The rear camera is better at 5 megapixels. So is the front camera at 1.2 megapixels. But everything else remain the same: processor, memory, networking, even the resolution of 1024×768 (more on this later). 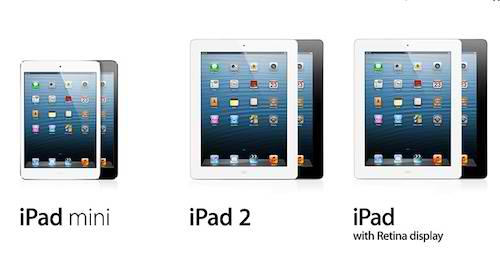 By creating the mini, Apple covers the market for a less expensive table. But even then, it’s positioned at the pricier end signifying that it is and still a premium tablet. It is more expensive than the Google Nexus 7 and the Amazon Kindle Fire. This is probably intentionally for the prestige and the bottom line.

On the next cycle, when a new iPad (Gen. 5) will be announced, the iPad 2 will be retired, the Gen. 3 will drop in price and take it’s place. During that cycle (or on the next depending on the LCD panel supply chain), the new iPad mini possibly would have a Retina display.

Something that simple demonstrates why Apple is a great company.