Of course, last year, exactly to the month, was also when stocks peaked… then crashed. Caveat emptor.

After what seemed like forever, Google has finally opened up Google Wallet Merchant registration for Google Play developers in additional countries, including the Philippines. This means PSMonitor for Android is now available at Google Play! Better late than never, I guess. Still, do check it out!

PSMonitor 1.6 is out! It now has iOS 7 look and feel. There are also some minor enhancements and minor bug fixes. Do check it out! 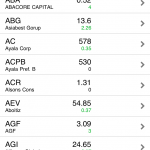 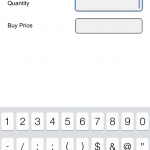 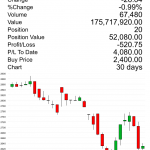 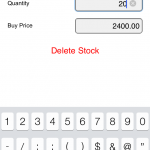 Saw this article at E27. Basically, Globe, or at least its consumer services, is saying that messaging systems based on data (such as LINE, WhatsApp, Viber, etc) is not the competitor of carriers. And that would be correct. Mobile carriers traditionally offer voice, SMS, and data. On top of these basic services is a whole world of additional services. Globe is stating that they are competing on these services via price innovation (if you can call it that) and not on additional services such as messaging systems. Not on technology innovation. Clearly Globe is stating that it is a mere mobile carrier period. Not a communication company, not a technology company. No wonder GLO, although relatively high, is so unexciting.

PSMonitor 1.4 is out! Fixes candlestick chart bug. Check it out!