The geniuses over at MMDA are proposing to ban cars two days in a week.Why oh why are there people in the government thinking this way? With this kind of thinking then why not three days in a week? How about four? How about ban cars altogether? That ought to solve the traffic problem. Sheesh! Talk about killing the patient to free up hospital beds.

How about some ideas as well? Improve the existing mass transit system capacity (MRT, LRT), expand mass transit system (say PPP), unify intra-city bus system, get rid of provincial-route buses within the city, get rid of colorum buses, get rid of jeepneys and tricycles on the major thoroughfares… Beyond Metro Manila: develop other cities, improve intercity transportation. Oh right, you’ve thought about them. You just don’t find them easy. But nobody said it was easy. Again, that’s what you’re being paid for!

Last Sunday afternoon, Jeanne, Michelle, and I caught a screening of Fast and Furious 6. Just like the previous installation, it’s a heist movie with cars. But this time around, there’s a hint of James Bond. The crew gets together for a job to stop an ex-SAS international villain from stealing and assembling some kind of doomsday device. See what I mean about the hint of James Bond?

Assembling the crew for the task was care of Hobbs (The Rock/Dwayne Johnson). I guess, James Bond was busy and he needed Toretto’s (Vin Diesel) uncanny ability for doing the impossible with cars (and anything with wheels). He accomplished this by dangling the possibility of Letty Ortiz being alive to the playing-hard-to-get Toretto. Of course he succeeded, otherwise there’d be no movie. First love never dies indeed.

But as usual, the whole point are the cars. It doesn’t matter where they are, what they’re doing. It’s all about the cars. The stunts are over the top and absolutely ridiculous. But there’s no denying it was fun!

You’d think it’s hard to come up with a crazier and more outrageous sequel. But they just may even be able to pull it off. Think Jason Statham of The Transporter fame. Wait for the post-credit ;)

Jeanne had to skip class today because I had to have the car fixed. The accessory belt had been squeaking for weeks, and a few weeks ago, I noticed a leak in the power steering hose. Finally, this week, the air conditioning conked out. Probably another leak. So first thing in the morning, we dropped off Michelle at her office. Jeanne and I then went on to Fusion R to get the accessory belt and the power steering hose fixed.

Fusior R was still closed when we got there so we had to wait until it opened. Good thing Jeanne was sleeping for most of the time. After they opened and leaving the car with the mechanic, we went to the battery shop to talk to Eric. But he wasn’t there so we instead went to the mall to have wait out the repairs. We got there early and it was  still closed. So we stood around, bought breakfast (yogurt drink, hopia, and bread sticks) at a convenience store.

But it’s wasn’t over yet. We went on to Frigid Zone to get the aircon fixed. I thought they had a problem figuring out where the leak was and after a while they showed me tiny bubbles coming out of a hose. I figured a leak is a leak so I asked them to proceed.

After the car got fixed we went to a nearby coffee shop to meet and finally talk to Eric. After an hour or two discussing plans, we headed home. Jeanne was very appreciative of the fixed aircon. She said “It’s good that we got it fixed, dad.” But alas, it wasn’t so. Gradually the cooling disappeared and soon it was just hot air coming out. But it was already late and the shop was already closed. So we just picked up Michelle and headed home.

UPDATE: Went back to Frigid Zone and they fixed another leak. And I bet that was the main/real leak.

The trailer of the latest extension of probably the longest running car movie franchise has been aired on Super Bowl… and online. Another dose of high octane car action and, of course, Gal Gadot! 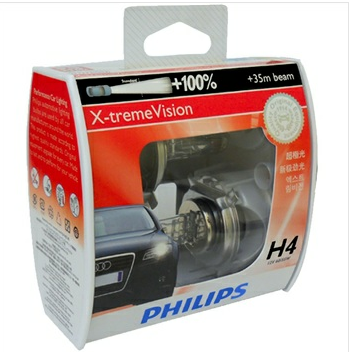 Since I was on car repair mode, I decided to replace the Sentra’s headlight bulbs. They, actually just the low-beams, went bust over the last few weeks and I have been running around on fog lights. Or on high-beam where possible.

I was pretty impressed with the busted lights, Philips X-treme Power Headlight Bulbs, which had lasted almost four years so I decided to get them again. But the only one available at the shop were DiamondVisions. I pressed them and they offered to get X-treme Visions, apparently the replacement for X-treme Powers, from another branch. It took a long time in coming so I had to leave without new bulbs.

I was finally able to get them tonight after groceries. I tried to install them before leaving the mall but I wasn’t making any headway. I gave up and headed home where I gave it another go. This time, with the aid of an LED keychain light, I finally met success. Now I have not just 50%, not just 80% but 100% more light than stock bulbs! Night driving’s gonna be so much more fun!